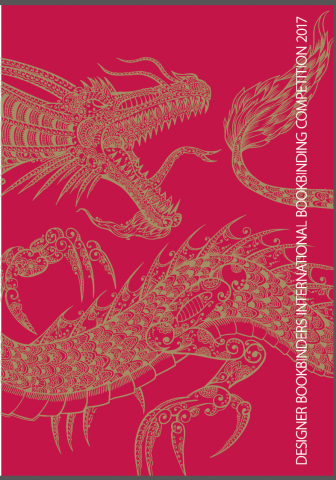 in association with Mark Getty and the Bodleian Libraries, Oxford, Great Britain
JUNE 2017

The competition will have the theme of Myths, Heroes and Legends. Throughout the ages, every country has enriched its culture by the creation of its own myths, heroes and legends which have been celebrated through the visual arts, music, and literature. In every corner of the world you will find a rich tapestry of extraordinary figures, both real and imaginary, who conjure up courage, fantasy, terror and goodness. These stories pass down the generations inspiring great classics of world literature – from ancient cultures to the present day.
There will be no ‘set book’. It is hoped that entrants will be stimulated by the opportunity to source and work with a text of their choice (all languages accepted) and feel encouraged to use of a wide range of structures, materials, and design techniques.

A further 25 highly-commended entrants will receive a silver prize

The prizewinners will be announced at the Award Ceremony which will take place during a two-day event in Oxford in June 2017.